December 4, 2022, La Jolla – Camaraderie rose to grand heights of holiday cheer on December 4 as the San Diego, La Jolla and Baja, Mexico Bailliages celebrated their new members at Nine-Ten Restaurant, located in the ironic Grand Colonial Hotel in La Jolla, California. The Grand Colonial Hotel is one of the oldest, original seaside hotels located in this smart seaside area of San Diego.

The village is known for its sweeping ocean views with posh boutiques and beautiful beaches. The Grand Colonial was the talk of the town when it was built in 1923, and it became a foundation for the community. The hotel celebrated its centennial in 2013 and is now a stunning example of modernization and historic respect.

This festive international Chaîne celebration, the coming together of two U.S. Bailliages and one from Mexico, was filled with good cheer and conviviality and knew no borders of great food and wine. 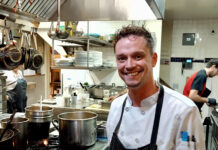 Oktoberfest in the Village 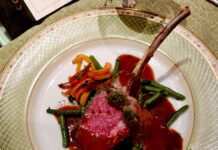 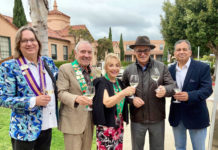 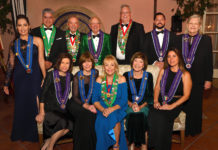 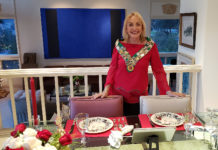