Oct. 7, 2022 – To mere mortals, there are 24 hours in each day. But there is a culinary conductor and artist in Boise, Idaho, born and raised in France, who may not be a mere mortal. Chef Franck Bacquet, co-owner of Bacquet’s Restaurant in Eagle, Idaho and member of the Chaîne des Rôtisseurs Boise Bailliage, currently devotes 14 to 15 hours per day operating his popular, fine dining restaurant. During the pandemic, he was there from 17 to 18 hours per day to adapt and keep the burners on. In the evenings after work, his wife Michele can often find him painting in his home studio. Some of his paintings are sold at auction to raise money for local and global charities. Chef Franck is a 21st century Renaissance man with deep roots to old-school, traditional French cooking. “I am a chef today. I was a chef 20 years ago, but not before. Before, I was a cook,” Chef Franck said to Chaîne during a Sept. 26 telephone interview.

That distinction is deeply rooted in Chef Franck’s culinary trajectory in France. As a teenager, he was always in the kitchen baking and cooking at home so he sought a job in a restaurant. He set a goal to secure an apprenticeship but when that failed to materialize, he settled for a job as a server to gain real world experience. Soon he was serving flambé desserts tableside and loving every minute of it. After 18 months, he began climbing the professional culinary ladder when he was promoted to cook. With both feet firmly planted on that lower step, he graduated from Le Touquet near Paris and then spent years learning and practicing his craft, finally reaching the top step that had him preparing meals for the Chancellor of Germany, the King of Belgium and many of the top European soccer teams. But he did not call himself a chef until he had more than 20 years of experience.

“Nobody in France after 10 years will be a chef. And we work very hard. It’s not possible,” he said emphatically.

During his career, he has worked around the world and spent 15 years in Germany running a catering business that routinely served thousands of people at events. As he began contemplating slowing down a bit and thinking about retirement, in 2002 he visited a friend in Boise, Idaho. He pulled up his roots in Europe and moved to the United States. “I came here and loved it. I love the people,” he said.

His idea of slowing down though was not in the cards. “It will be easy,” he thought. “But it’s not. We are so busy, you cannot believe.

It didn’t matter that Boise’s culinary climate for fine dining was ice cold when he arrived. Without speaking any English, within six months of moving to Boise, he opened a business and has not stopped since.

Franck and Michele opened Bacquet’s Restaurant in 2018 after completing a major renovation to an existing space in seven weeks. With Michele running the front of the house and his command of the kitchen, it’s a total team effort as they seat between 250-400 guests daily. Franck said when they opened in 2018, he decided to open in the middle of the week to ramp up gradually but they were slammed from day one. He brought fine dining to Boise by not being “too crazy.” He opted for a menu in the middle but with exceedingly high standards. “We make everything from scratch. I don’t use any powder. We are an old, traditional French restaurant,” he emphasized.

Echoing other successful chefs, Franck said he and his staff work very hard on consistency. Three of his most popular entrees are seafood pasta, duck confit with orange sauce, and escargot. Speaking of the duck confit, Chef Franck said: “Oh, my god. People love it. We sell lots of that.” And for more than 30 years, he has been making and serving his grandmother’s recipe for escargot with 22 spices in the butter. “We cannot take it off the menu. People would be upset. It’s fantastic. It’s a very big hit.”

The season for fresh tomatoes and many varieties of basil from local farmers is winding down but Chef Franck said he makes large batches of pesto and tomato sauce to freeze. Processing 150 pounds of tomatoes at a time is a long process but one that is worth all of the effort when in the dead of winter, he pulls a container of frozen tomato sauce, thaws it slowly over two to three days, and then incorporates it into his menu.

One may think Bacquet’s has a large freezer but it does not. Chef Franck will freeze tomatoes and basil but never seafood or meat. The restaurant receives three shipments of fresh fish each week. “I don’t want frozen stuff,” he said.

Noted for traditional French cooking, insistence on fresh ingredients, and consistency, Bacquet’s has not only refined the palates of Boise residents but also has earned Chef Franck a stellar reputation beyond Idaho. His restaurant is now a destination dining venue for out-of-state residents who will take a private jet to Boise, dine, stay overnight in Boise, and fly home the next day.

With a focus on his cohesive team of employees as integral to his restaurant’s success, Chef Franck believes this approach is what separates high-end restaurants from others. Again citing his training in France, keeping customers happy and consistently preparing fresh, high quality food drives his operation, a business he describes as very traditional yet a family endeavor. As an example, he said if he has four or five plates on the front line ready to serve, any waiter who is available will serve the dish so it does not sit. And if something comes to his attention that needs to be cleaned, he and Ernesto, his Sous Chef, will often address the issue – no questions asked. “Everybody works together. This is the old style and I love it,” he said.

Customers will ask both Michele and Franck for advice on wine selection from Bacquet’s collection of more than 300 bottles. “I have been serving wine for more than 40 years. I know wine very well. I am picky. I am old school when it comes to the wine business. I like old vineyards that have been operated by three to four generations of winemakers,” Franck said. “We have wine from A to Z.”

Because Chef Franck is passionate about his profession, he insists on excellence and the traditional order that can occasionally include a hefty portion of tough love. He laments the current dearth of culinary professionals and bristles at the notion that someone with one year of culinary school is a chef.

Always seeking new talent in his kitchen, someone recently came in for an interview and immediately stated the salary he wanted and the days he would work. Needless to say, even though Chef Franck has been looking to hire a cook for five months, he declined to hire the candidate. And a new cook he hired called on the day he was to start to say he wouldn’t be in that day. Chef Franck told him not to return. With a prelude of colorful words not fit to print, Chef Franck said, “It’s what is happening today.”

Once a team member though, Chef Franck describes Bacquet’s work environment as a lot of hard work with a lot of fun. “I have a good crew in my kitchen. I teach them every day. But you have to be ON all the time and you learn, you learn, and you learn.” He said he is still faster than the young chefs!

Larger than life personalities often have big hearts and Chef Franck is no exception.

Recently a cook was late for work so he asked him to explain. His employee had a flat tire. Without hesitation, Chef Franck gave him $200 to fix his car. “It’s the way we are. When I can, I do it,” he said. During the pandemic, Bacquet’s survived by offering two different “To Go” dinners each day that served between six to eight people. They also opened a small market and responded to the needs of the community, sometimes at no charge. Old-fashioned compassion never goes out of style.

Chef Franck has been affiliated with the Chaîne since his days as a chef in Europe. Interestingly, he said people forget to try good food and wine. Chaîne serves as a vital link to the past so people do not forget. “I love it. I worked with the Chaîne des Rôtisseurs for a long, long time in France. Chaîne events have opened palates again to discovering the old style of cooking. Everyone forgets that,” he said.

Lessons for up-and-coming cooks aspiring to be professional chefs abound from the culinary experiences Chef Franck has notched during his more than 40-year career. If what is old is new again, all signs point to fine dining flourishing for mere mortals in Boise and beyond! 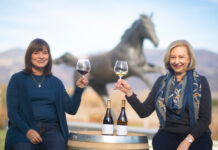 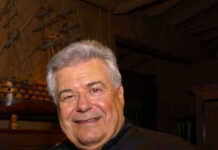 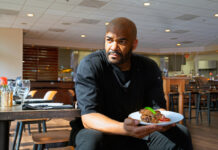 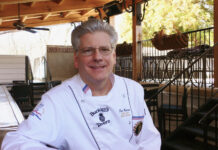 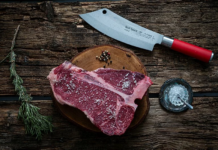