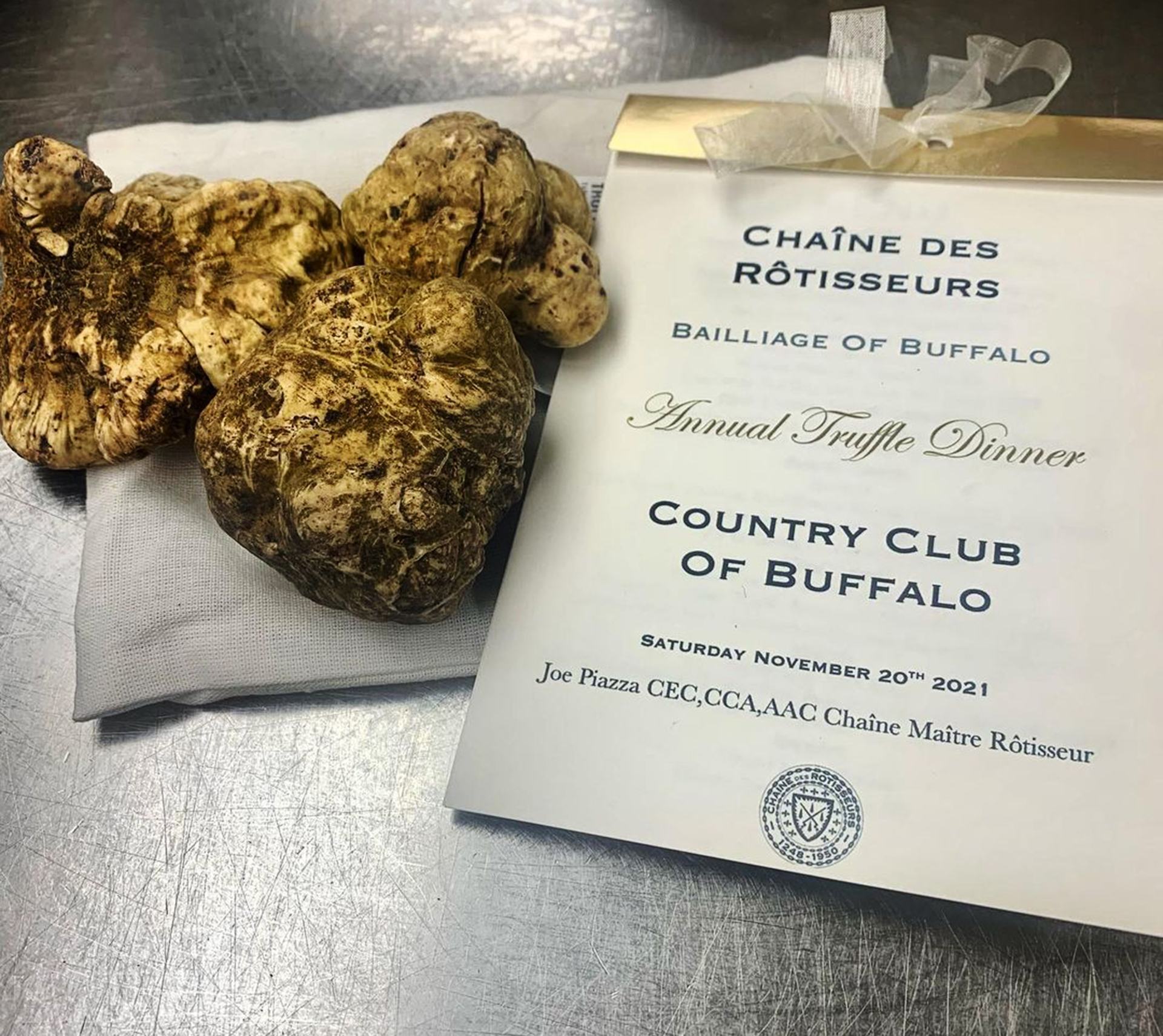 The Club was incorporated on Feb. 11, 1889, just five years after its founders placed an empty tomato can in the ground to create the first golf course hole. With a history of clubhouses designed by E. B. Green, and serving as buildings for the Pan American Exposition at the turn of the last century, its golf course also served as the site of the 1912 US Open. Shortly thereafter, Donald Ross designed its course, which opened in 1926. The club was recently named a Top 100 Classic Golf Course by Golfweek.

CCB’s Executive Chef /Maître Rôtisseur Joe Piazza is a CIA trained dynamo who has served as Executive Chef at four clubs, including most notably the nationally regarded Congressional Club in Washington D.C., Cherry Hill Country Club and as Executive Sous Chef of Oak Hill Country Club. He served as President and Chair of the American Culinary Federation (ACF) Denver Chapter; earned gold and silver medals several times at numerous culinary competitions; and was the 2007 USA National Chef of the Year Runner Up and Western Region Champion. In 2009 he received his ACF Executive Chef certification. Since returning to western New York, Chef has immersed himself enthusiastically in the Jeunes Chefs Rôtisseurs competition and ACF activities.

With care, we were able to enjoy a cocktail hour with passed hors d’ouevres for the first time in 18 months. Luxurious accoutrements, including white and black truffles, and foie gras, abounded. The menu included whimsy and tradition – with a course devoted to Chef Piazza’s mother’s recipe for gnocchi pillows but crowned this evening with shaved truffles.

Professionel du Vin Jonathan Notarius masterfully paired the courses with a fresh approach; finishing with a Barolo Chinato, a clever and novel pairing with the goat cheese parfait.

Guests included several new members, and 18 guests for demonstrable evidence of members’ fondness for this annual event. More than one-third of attendees were professional members, a real testimony to the local professional community’s respect for Chef Piazza’s skill. The food and wine paid homage to the Italian origins of truffles and were delectable treats for all. We parted ways with optimism that we would all enjoy a safe holiday season and come together in the new year. 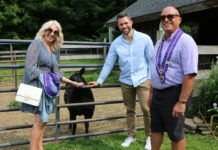 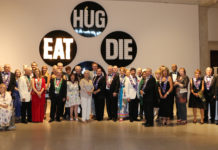 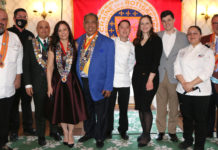 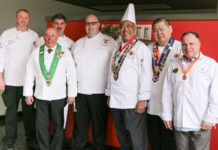 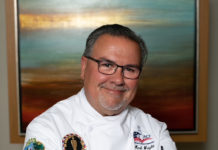