April 24, 2022, The Garden State Bailliage came together at Beneduce Vineyards for the first-ever World Chaîne Day Meet & Greet. Organized by new Bailli Sharon Rickman and Vice Chargé des Medias Sociaux Peter Goodell, there was a large and spirited turnout.
With not a cloud in the sky, temperature in the mid-60s, and ample shade provided by umbrellas, the atmosphere was warm and inviting.

Welcomed by Professional du Vin and winemaker/owner Mike Beneduce, more than 30 members and guests spent a lovely afternoon dining on charcuterie, cheese and salads and sampling some of Beneduce’s award-winning wines, including his signature Blaufrankisch; his Rose, also made from Blaufrankisch; two different Rieslings (one dry and one off dry); and his white Pinot Noir.

Beneduce Vineyards is a member of the New Jersey Winemaker’s Co-op and has been rated one of the top 25 vineyards in the US by Travel + Leisure Magazine. Edible Jersey named them 2017 Beverage Artisan of the Year and their 2015 Pinot Noir received a 93 from James Suckling, the highest score ever given a wine from New Jersey.

Winemaker Beneduce treated the members and guests to some tank and barrel tasting, including his next vintages of Pinot Noir and Blaufrankisch. It was remarkable how the varietal characteristics emerged even this early in the process.

As a result of this excellent event, the Garden State Bailliage gained at least two new members, and several new members awaiting induction also joined us for this wonderful day. 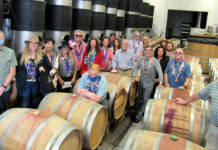 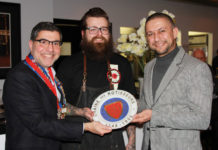 Summer in the Winter 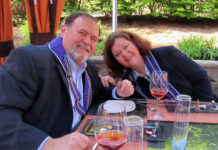 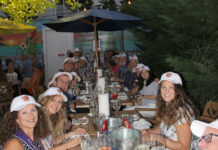 Weekend on the Jersey Shore 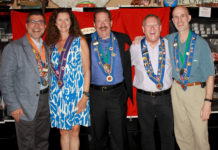