Cavallo Point, located at the northern end of the Golden Gate Bridge, is part of San Francisco’s history. In 1775, the rocky point was named “Punta de Caballo” by the commander of one of the first European vessels that sailed into San Francisco Bay. Wild horses once roamed here, and “caballo,” the Spanish word for “horse,” was soon mispronounced “cavallo” by early California settlers, and the name took hold.

Cavallo Point the Lodge at the Golden Gate has received numerous awards including: Travel + Leisure’s Global Vision Award for Sustainability; 2021 Conde Nast Readers’ Choice Award; World Legacy Award for Sense of Place (National Geographic); the “Best of the Best” Award for Sustainable Tourism Leadership (Virtuoso); the Governor’s Environmental and Economic Leadership Award (California EPA); and Sustainable Spa of the Year (Green Spa Network); as well as awards from the National Trust for Historic Preservation, the National Housing and Rehabilitation Association, the State of California’s Office of Historic Preservation, and the California Preservation Foundation. The resort also has LEED Gold Certification from the US Green Building Council.

This historic lodge, with a stunning panorama of the San Francisco Bay and skyline, including the world-famous Golden Gate Bridge for a backdrop, is also home to one the Bay Area’s top culinary destinations, Murray Circle Restaurant that showcases local, seasonal ingredients that are adapted and crafted from the best available sources in the local area. Ninety percent of the food served there is sourced within 200 miles.

After the Reception, Robert Cugini, Bailli Provincial of the Pacific Northwest Region, presented the San Francisco Bailliage with two Fleur-de-Lis embellished swords, and then presided over the Elevations and Special Recognitions Ceremony. 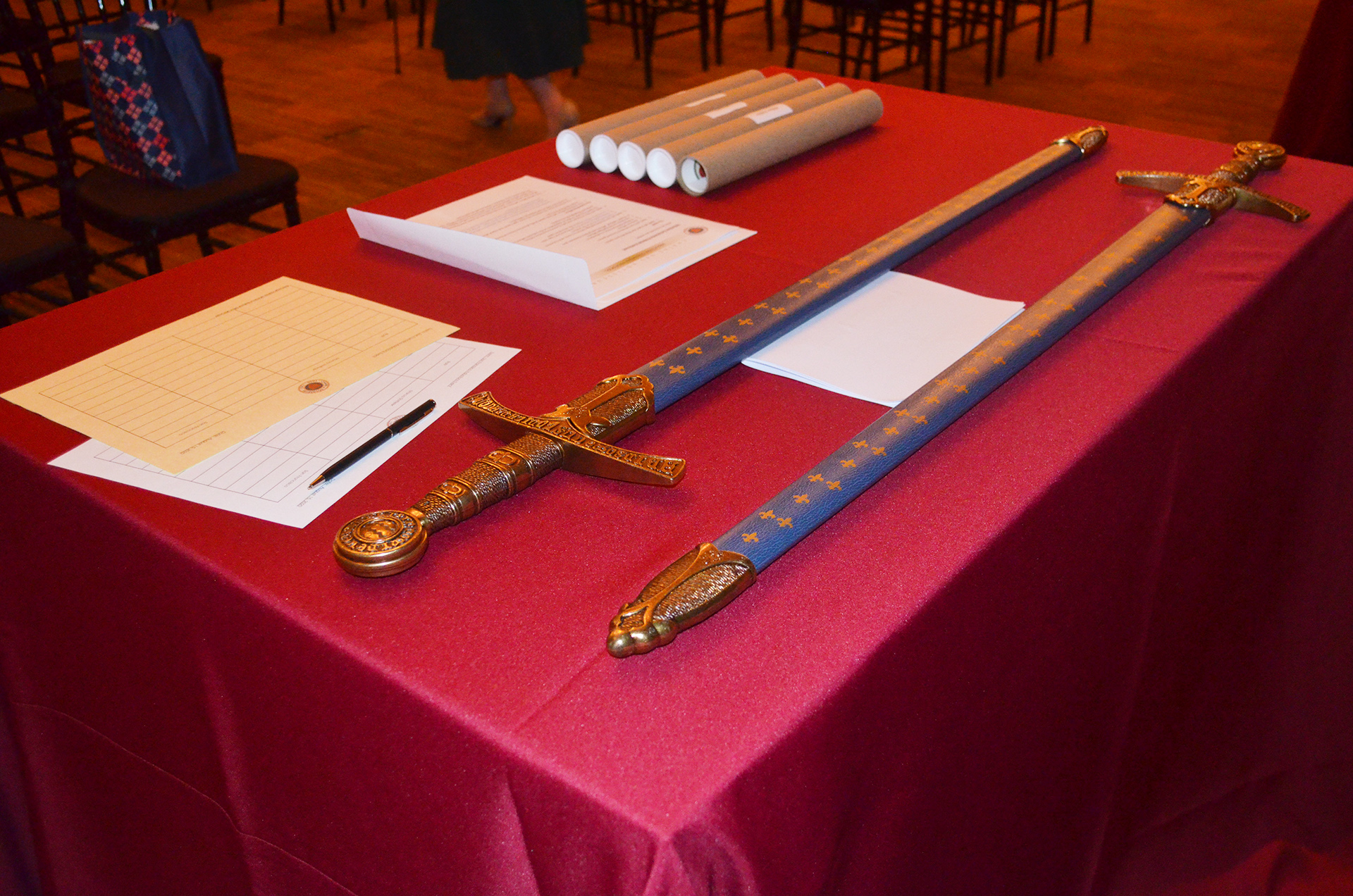 Special recognition was also given to Elliot Katz for his many years of unselfish, dedicated service to the Bailliage.

After the ceremonies, we were all eager to start our much-anticipated dinner, which we knew would delight. Prepared for us by Chef Michael Garcia, a recent Carême Award recipient, we started off with:

The perfect ending to the fabulous meal was the Yuzu Soufflé topped with Candied Buddha’s Hand and Raspberries for dessert. The feast did not disappoint!

P.S. Elevations to the height of the Golden Gate Bridge? That would be 746 feet. 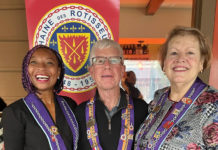