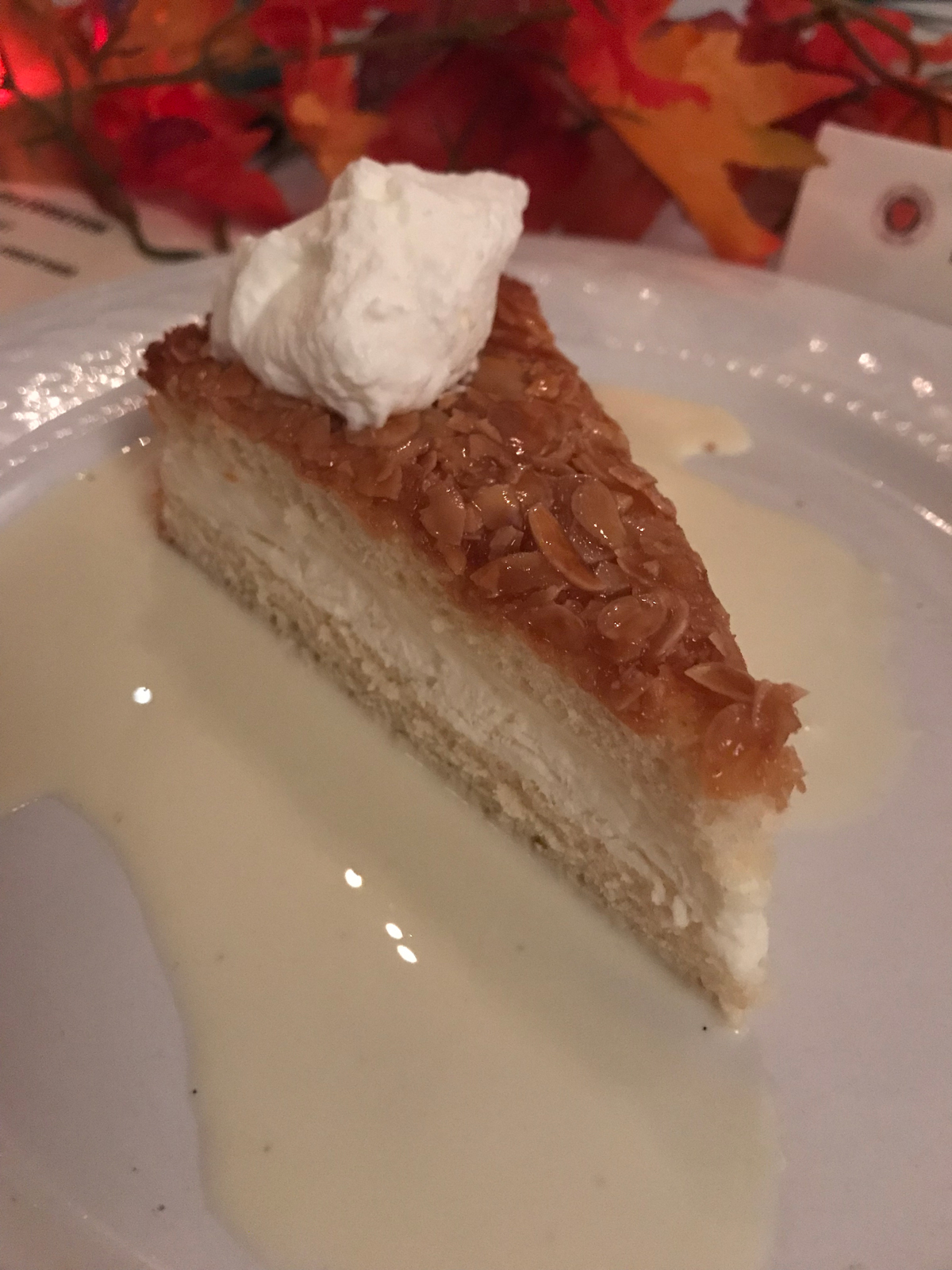 Even though it was still summer outside, inside Le Coq Au Vin Restaurant it was October, as in Oktoberfest!

Chef Reimund Pitz, who was born and raised in Germany, took advantage of his German heritage and created an exquisite menu.

The German inspired repast began with a simple, yet elegant, wedge salad. It was accompanied by a light and refreshing sour cream and dill vinaigrette. This was the lightness to counterbalance the courses to come for us.

Our second course was a traditional potato pancake topped with crabmeat and drizzled with sour cream and applesauce. These delicious discs of pan-fried grated potatoes were golden crispy on the outside with a fluffy potato middle. They made us feel as if we were at an authentic Oktoberfest folk festival.

The centerpiece of the third course, a Black Forest trio of traditional Bavarian meats consisted of braised pork shank, veal bratwurst, and smoked pork chop. These were accompanied by butter potatoes, sauerkraut, and potato dumplings. 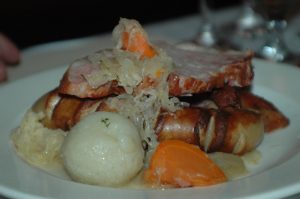 Dessert was a rare treat, a German bee sting cake. This is a tender and buttery cake layered with vanilla pastry cream and topped with sticky sweet almonds. It was a fitting end to our escape to Germany.

Our Oktoberfest was a celebration not only of culture, but also of merriment, camaraderie, and togetherness. 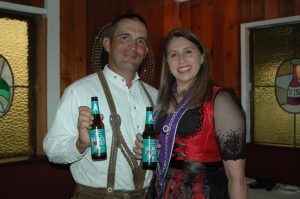