The Cincinnati Bailliage made an encore visit to the Mercer OTR restaurant to celebrate the annual fall dinner on Sept. 16, 2018. This highly successful culinary establishment is located in the heart of the trendy and newly renovated neighborhood known as “Over the Rhine.” It combines rustic Italian cuisine with modern innovations. Owner Jon Zipperstein, Executive Chef Kyle Roberts, and general manager Emmy Friedrichs have masterfully conspired to catapult this eatery to the top of the restaurant scene in Cincinnati. Mercer OTR has the uncanny ability to make its patrons feel each member of the staff is honored to see them, much like a scene out of a “Cheers” episode.

Members were warmly greeted by Ms. Friedrichs and ushered to the bar for glasses of outstanding Austrian sparkling wine and passed appetizers. Attendees recounted recent events while either gazing out a large picture window onto a busy downtown Cincinnati street scene or watching 1960s action films shown on TV screens around the bar. The main event of the evening was an exquisite five-course dinner including chilled white asparagus soup, Lobster risotto, and dry aged sirloin steak, all expertly paired with wines chosen by Vice Echanson Mary Horn and her wine committee. The event was orchestrated by Vice Conseiller Gastronomique Chuck Hong and Chef Roberts under the careful guidance of Bailli George Elliott.

This is the second “home run” event that this Bailliage has experienced at Mercer OTR and it will likely not be the last. 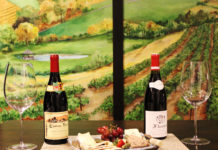 A Little Beaujolais to Brighten the Day! 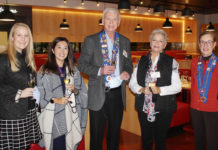 Fall Brunch with our Kentucky Neighbors 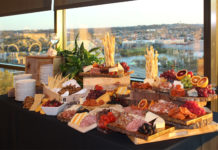 Helping Our Friends: Support for Local Restaurants During the Pandemic 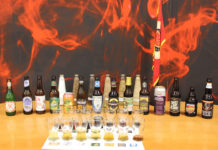 Around the World in 80 Ounces 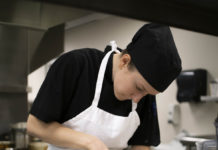