Fifty-six members and guests of the Chicago Chaîne experienced the pinnacle of fine dining at two-Michelin-starred Oriole on April 16 and 17, 2019. Hidden in a back alley of the city’s West Loop neighborhood and accessed through a functioning freight elevator, the restaurant can be difficult to find, but is impossible to forget.

Since opening in 2016, Oriole has garnered numerous accolades, including an AAA Five-Diamond rating, four stars from the Chicago Tribune, and Chicago Magazine’s Best New Restaurant 2017. The venue received a Jean Banchet Award for Culinary Excellence as Best New Restaurant in 2017 and another in 2018 for Best Service. Perhaps most impressive, the restaurant earned two Michelin stars just seven months into its first year. Executive Chef/Owner Noah Sandoval also has earned individual honors, being named Chicago Tribune 2016 Chef of the Year and one of Food & Wine magazine’s Best New Chefs for 2017.

With such high expectations, Chef Noah and his team did not disappoint. They presented an elegant, multi-course meal that seamlessly integrated influences from Japanese, French, and Italian cuisine, creating a unique and personal experience that could have come from no other kitchen. Each course demanded its own moment of silent enjoyment.

Such an extraordinary meal called for exceptional wines. Once again, diners were not disappointed. The Chicago Chaîne provided no fewer than two Grand Cru champagnes, plus other outstanding wines from its own cellar. Most agreed the highlight of these offerings was the stunning 1989 Château Margaux. The entire experience was, in a word, perfect. 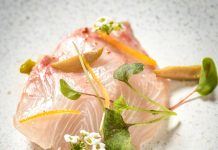 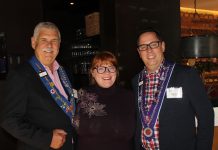 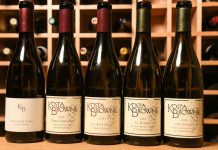